A quick lunchtime visit to Bough Beech reservoir on a cool, grey day. The heronry is getting busy with at least 30 birds seen today. Marsh Tits were vocal and 3 Lesser Redpoll fed in birches near the causeway.    But it was all rather quiet.......

After the strangest Christmas ever came the quietest New Years Eve ever. Or at least that's how it felt. I endeavoured to keep smiling and making the best of it, if only for the kids. We played board games, ate lovely food and played music and phoned family and friends. I imagine that was how most people reacted as Covid 19 ruined yet another event.

In the afternoon Jenny and I drove to Sheppey and birded the Swale NNR for a few hours in splendid isolation. It was overcast and grey with occasional light rain but it was great to be out with wide horizons and a sea view. The afternoons highlights were 66 Corn Bunting at Capel Fleet, a Cattle Egret on the Swale NNR and a roosting male Hen Harrier. Around 800 Brent's were at the south end of the reserve but we saw very few Greater White-fronts. A good selection of waders included 400 Golden Plover and over 1,000 Lapwing. Small numbers of Redwing and Fieldfare, 30+ Reed Bunting and 20 Meadow Pipits were also seen. As we drove out of Capel Fleet in the dark a Barn Owl sat on a roadside post.

My total species count for the day was 65. A far cry from the usual dash about the county totals of previous years!

A solo trip to Cliffe Pools. Fairly easy to avoid people though plenty of families out exercising. I birded the southern side covering the following pools; Radar, Hidden,Ski, Conoco & Flamingo. Highlights; the showy BN Grebe on Conoco, 53 White-fronts over, 15 Goldeneye, 1,400 Dunlin, 2 Greenshank and single Spotshank and Little Stint. Cool and overcast initially but sunny intervals late on. 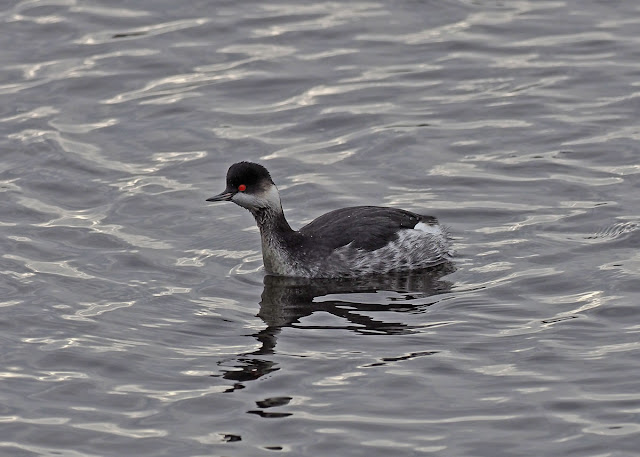 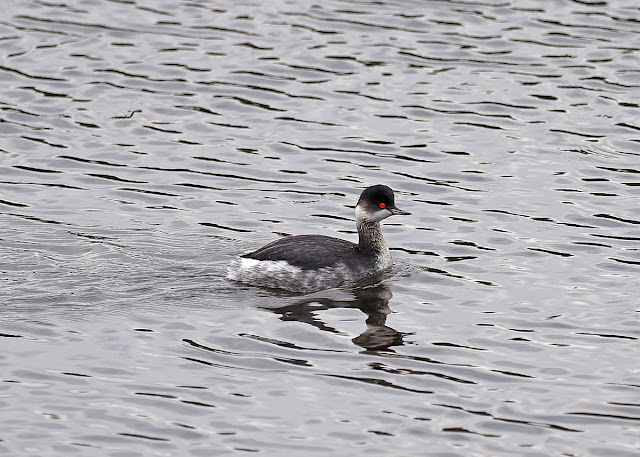 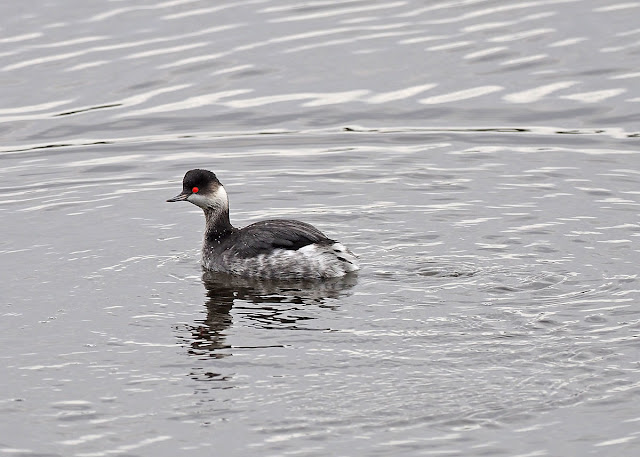 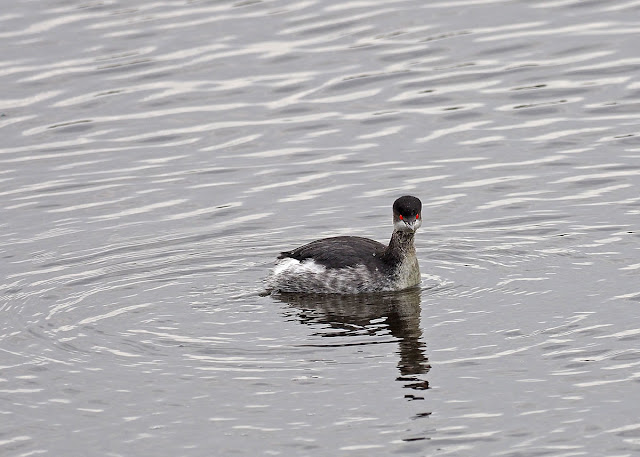 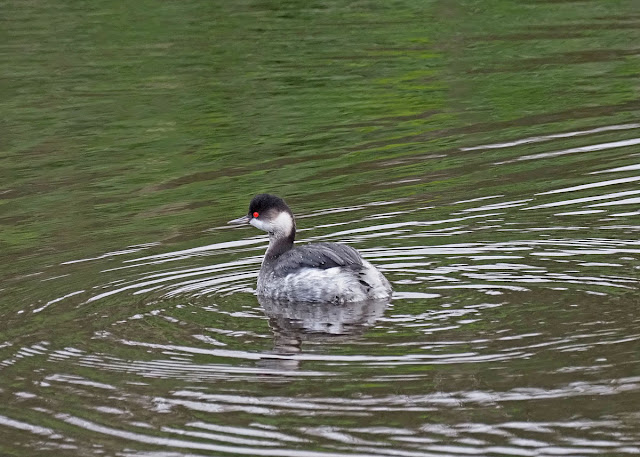 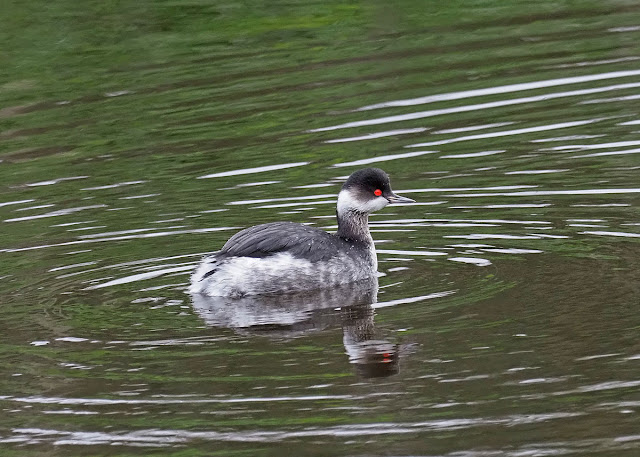 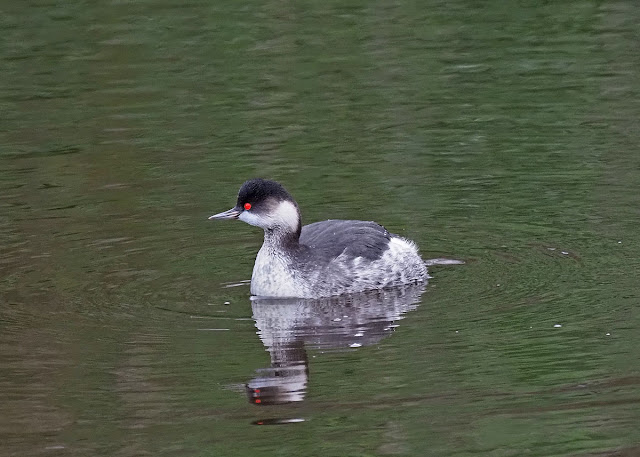 Working from home continues and I took my lunch break at Sevenoaks KWT today. It was cold, sunny, 2C with the smaller lakes iced over. Today's highlights were 3 Little Egret, Goosander (redhead) and Sparrowhawk(female). Duck numbers fairly modest and low.

Sevenoaks KWT again today and its getting hard to avoid the crowds that now throng the reserves circular "nature trail". Yet again its being treated as a country park and I told 2 couples with dogs that they were not permitted - I'm polite and the responses are usually the same but I should not need to have to intervene. Signage needs improving !

I left at 15.45 and drove down to Bough Beech Reservoir, arriving just before sunset. A Raven flew about cronking noisily and the first of the Goosander were gathering on the water. More and more flew in after sunset and eventually I counted 30 birds, with at least 12 drakes. Seems a good total these days.

Sunday 10th Jan.
After a relaxing morning at home we took a family stroll around the fields adjacent to Bough Beech Reservoir which included some of the trails around Bore Place. The sudden cold snap and heavy frost had transformed many of the views and hoar frost covered some of the trees and bushes. Weeks of relatively wet weather had left many of the footpaths a quagmire and the frost had not been severe enough and long enough to properly solidify the ground so it was very cold but also very muddy. Six miles felt like quite a few more!
Few birds seen, no finches, larks, buntings..... 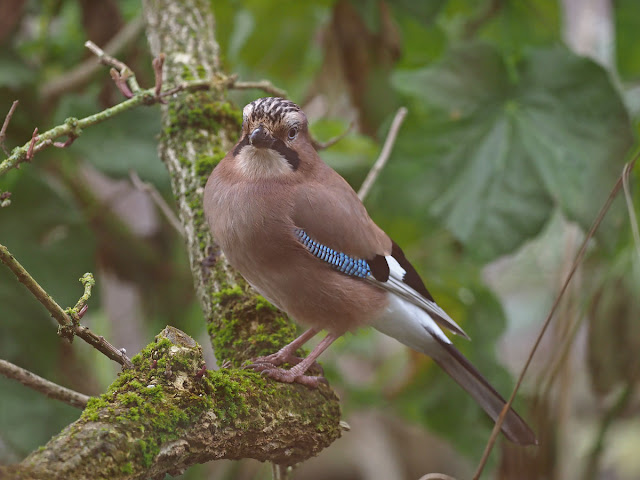 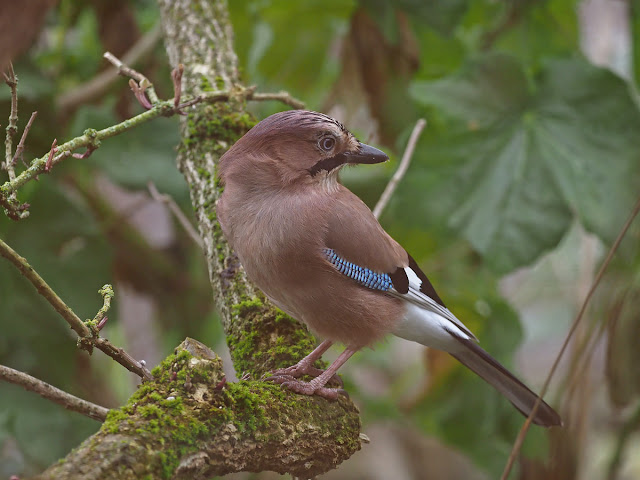 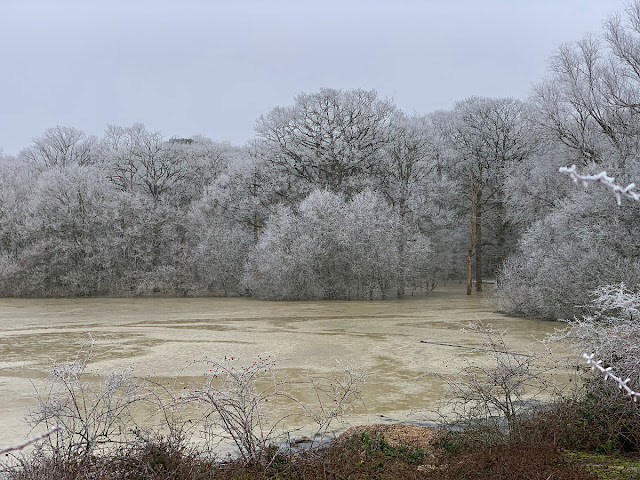 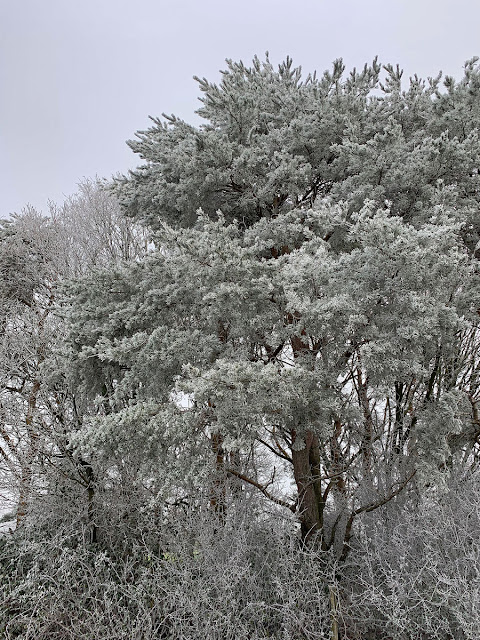 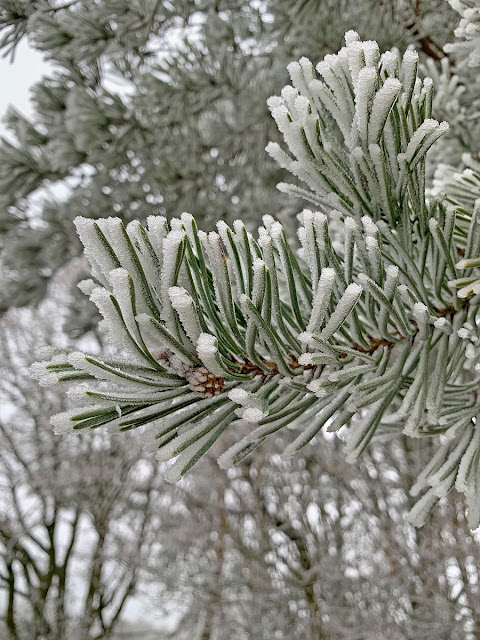 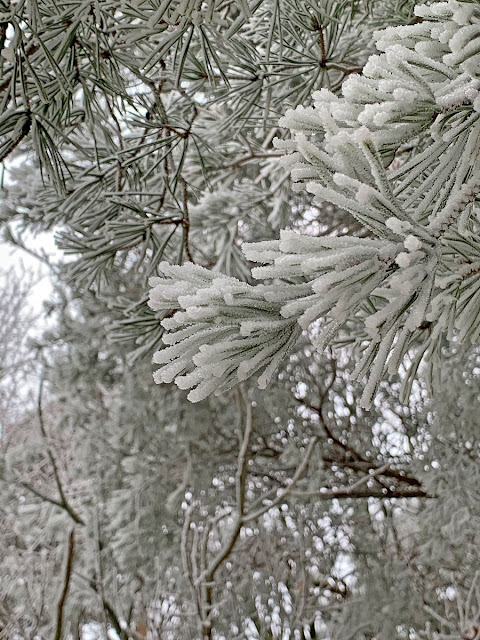 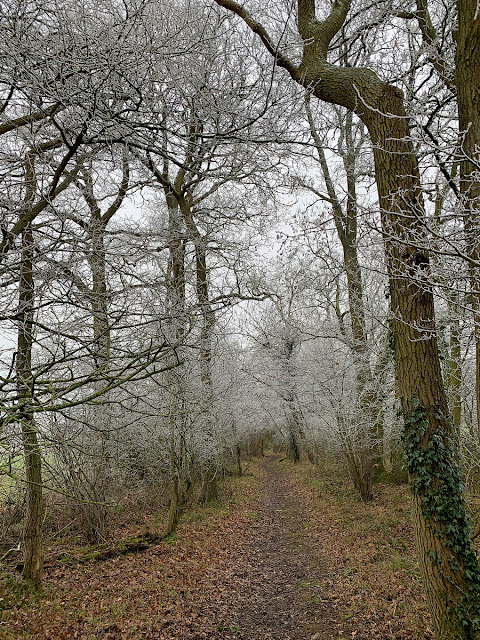 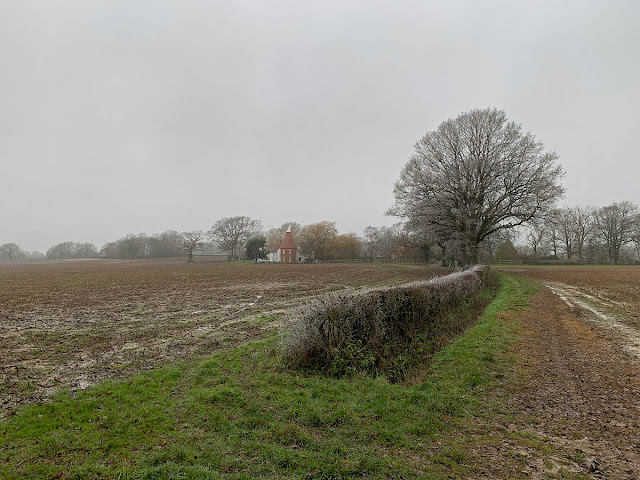 Jenny and I took a stroll in the North Downs this afternoon, just a few miles from home. We parked in Knockholt village and walked along the North Downs way, down to Chevening church and then through the Chevening estate back up into the Downs. Avian highlights; 2 Red Kite, 10 Fieldfare, 30 Redwing, 70 Pied Wagtails, single Siskin and Redpoll and 2 Marsh Tit. 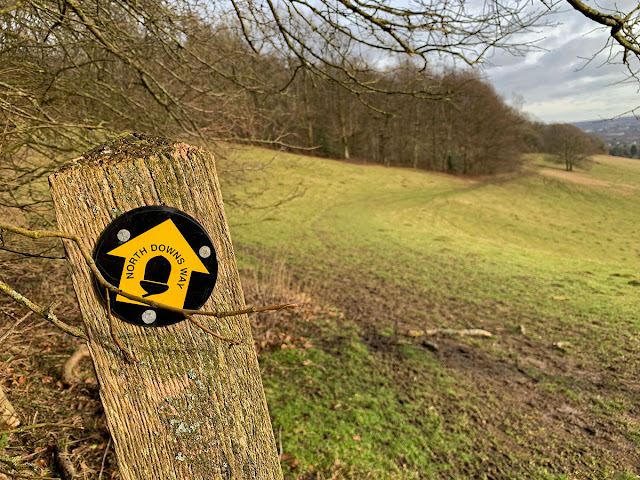 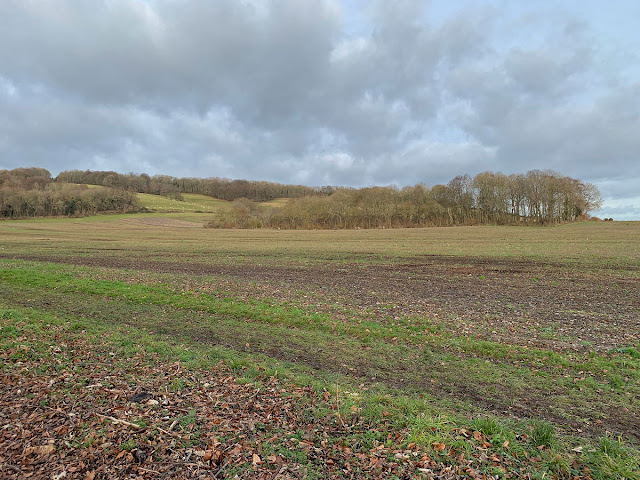 On a cool, grey, overcast afternoon I took a stroll around Cliffe Pools. I started on the western side walking out from the works past "timber lake", skirting Higham Marshes and on to Higham Bight past Alpha Pool. Then it was past Cliffe Fort, alongside the creek and onto the main set of pools which I covered all the way to the Radar Pool. In those last 3 hours of daylight I recorded a pleasing 64 species. Highlights were 2 Bearded Tits, a female Scaup, a "redhead" R.B. Merganser, 10 Goldeneye, 20 Pintail, 2 Greenshank, 200+ Redwing and over 1,000 Lapwing. Plenty of wildfowl and waders to wade through.

Accompanied by one of our sons; Ed, Jenny and I took a stroll around Sevenoaks KWT this afternoon on a cold, overcast but dry day. With all the lockdown restrictions on travel over the past year this has become my main default destination and I have been visiting the reserve on and off for nearly 40 years! It remains an interesting place to visit though sadly it's now seeing a high level of footfall and the majority treat it as a park which is very sad to see. Disturbance is at an all-time high but the decline in passerine and wildfowl numbers is more due to other factors that so many of us are witnessing across many areas of the U.K.

A lunchtime visit to Sevenoaks KWT on a cool but sunny and dry day. Today's highlights were 70+ Siskin, Treecreeper, Sparrowhawk, Goosander, a few tit flocks and a good mix of gulls though nothing out of the ordinary.

Back home Redwings were feeding in the hedge behind the garden though virtually always partially obscured.
Sunday 31st January

Jenny and I headed to Cliffe for an afternoons birding. It was cool, dull, misty and overcast but got steadily worse finishing with steady drizzle. We saw very few people which was unsurprising given the weather.

We notched up 58 species with the highlights undoubtedly the high-tide wader roost. Largely on flamingo pool it included 1,100+ Dunlin, 110 Grey Plover, small numbers of Curlew, Turnstone, Barwits, Avocet, Oystercatcher and a Greenshank. Other notables included Black-necked Grebe and Rock Pipit. Pochard (300) and Tufted Duck (250) numbers were up a bit but I couldn't find any Scaup.

A year to forget ? Will that even be possible !

Our family has come through unscathed and we even managed to get away to Wales and Cornwall so we should be thankful I suppose.

The summer felt fairly normal at times but Christmas now feels a bit sad and empty.

We are trying to keep the kids positive and promoting what they really enjoy like their cycling which has become a serious occupation for both of them since the first lockdown.

So Christmas was eating, drinking, walking, cycling and phoning friends and family. 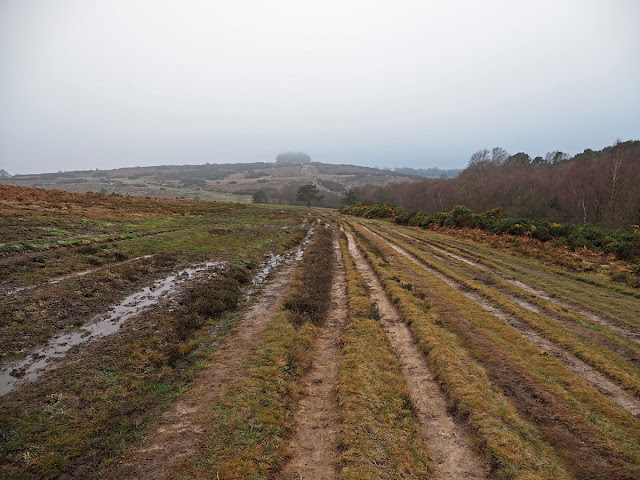 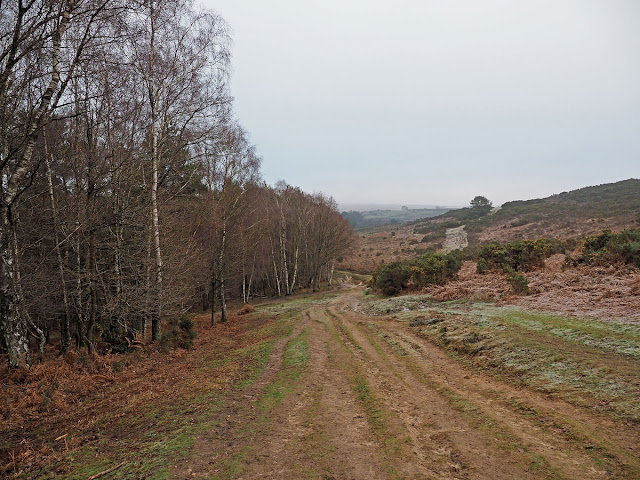